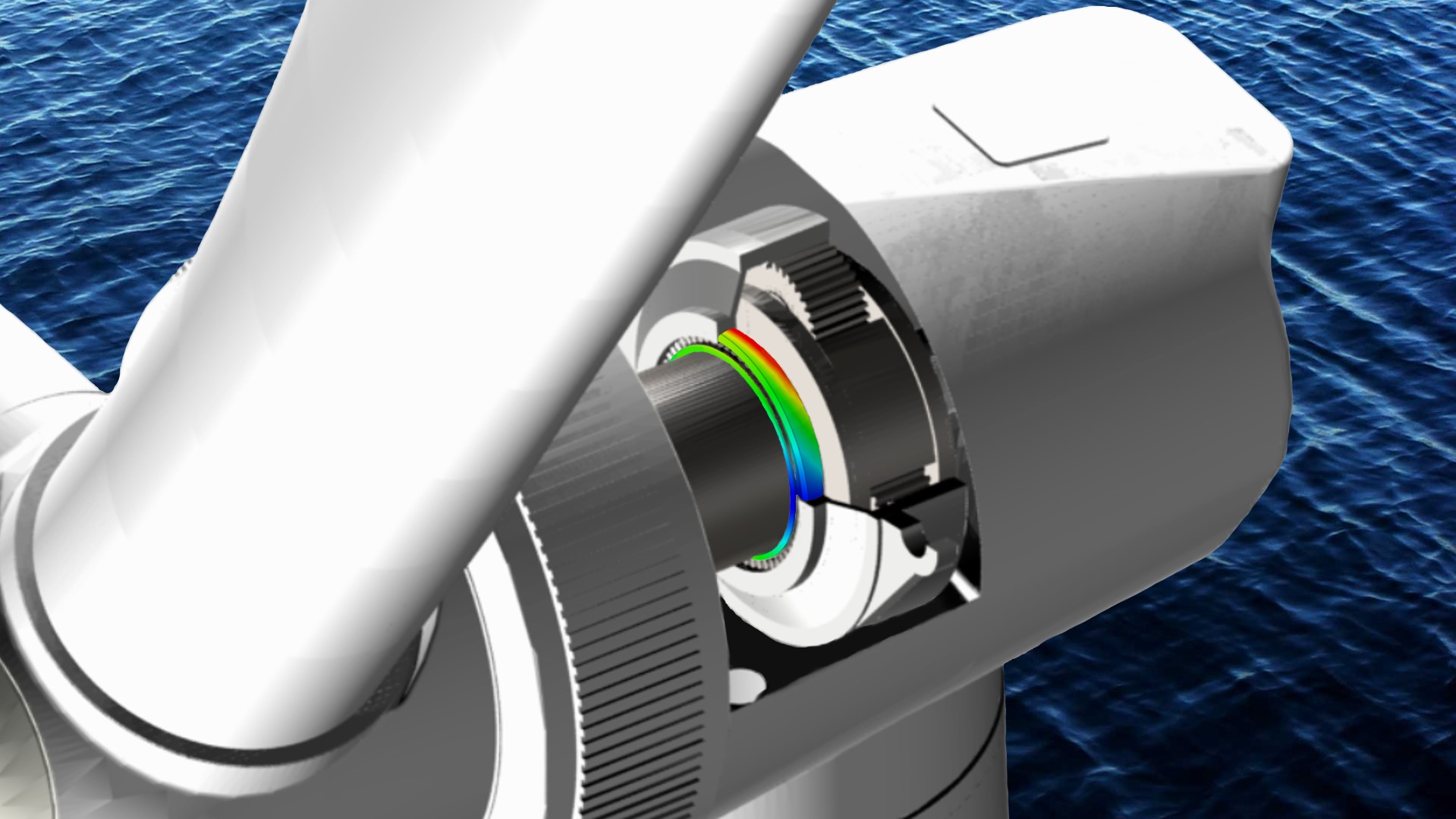 Creeping describes the flexing micro-movements of the bearing ring relative to the connection geometry. In contrast to tangential slip in shaft-hub connections, these movements occur without nominal torsional loading. These flexing movements are accompanied by the formation of fretting corrosion in the bearing seat, which can lead to fatigue fractures of the shaft in the region of the contact surface of the inner race. Similarly, wear is created through the creeping movements. The wear can cause shaft offsets, which can lead to negative consequences e.g. for the tooth meshing in a gearbox. The resulting amounts of loss are often substantial for machine operators, and ultimately for the manufacturer.
In the Figure, a simplified diagram of the creeping process is shown. As can be seen, even a pure normal load F (figure on top, bearing rests) leads to a wave-like deformation of the bearing ring, which is shown as a plate. The rotation of the bearing creates a combined load of normal and tangential forces on the bearing ring. This combined load generates a slip wave in the bearing seat, leading to a continuous shift, Δ, between the contacting surfaces (figure below). 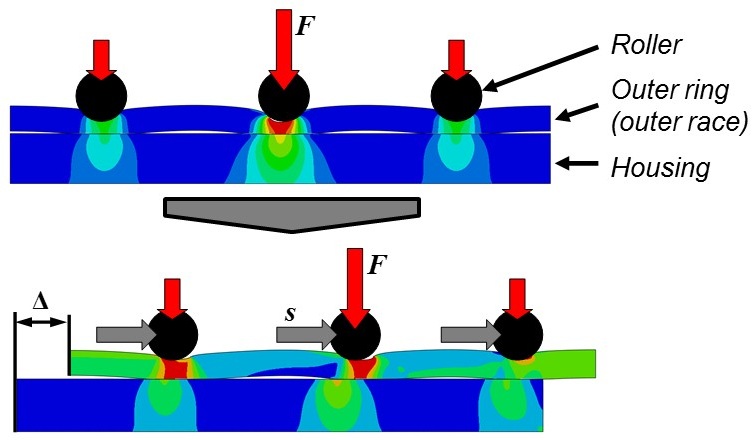 Simplified representation of creeping movement at the plate

With the 3D kinematics simulation of Maiwald engineering creeping processes can be simulated realistically in bearing seats. So we can detect creeping-critical bearings for our customers during the design phase and transfer them to a non-critical condition. In this simulation, from the smallest bearing up to wind turbine bearings any design, size or load is feasible. If creeping based incidents have already occurred, we determine the critical influencing parameters and the acting creeping force / moment. Then a selection of constructive remedies for a safe elimination of creeping effects is determined. The simulation methodology used by Maiwald Engineering was extensively verified experimentally and awarded several scientific prizes!